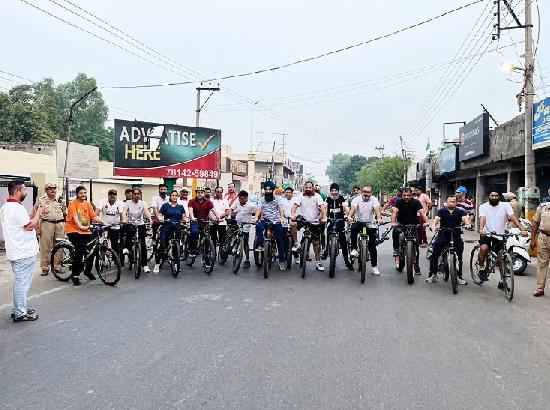 Deputy Commissioner Vishesh Sarangal and his family participated in the cycling rally, which was based on the theme of saving the environment and good health.

The deputy commissioner informed that the district administration has organized this cycling rally as part of activities aimed at raising awareness of sports among the largest number of people at the district level from September 13 at the local Guru Nanak Stadium.

It is worth mentioning here that more than 5000 students and people of different age groups will participate in the district-level games which will be held from September 13 to 21.

The Deputy Commissioner also announced that various sports activities such as cricket, badminton and volleyball have been worked out for the good health of government officials and employees.

At the cycling rally, Kapurthala Red Cross Chairman Dr Preet Kanwal said the activities were planned by the Red Cross to help aspiring players who also need to purchase sports equipment to that they bring back laurels to the State.