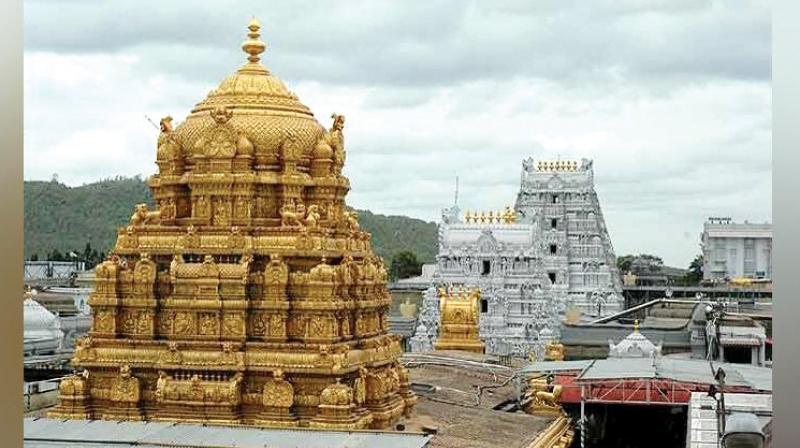 The Asthanam was held at Bangaru Vakili where the processional deities of Srivaru and his wives along with Visvaksena were seated facing Garudalwar.

New vastrams were offered to all deities on the auspicious occasion. Later, the Panchanga Shravanam was performed in the presence of deities. Then the traditional Rupai Harati was offered and Naivedyam was distributed.

The festivities were cheerfully and enthusiastically observed jointly by Hindu Dharma Prachara Parishat and the welfare wings of TTD in Tirupati’s Mahati Auditorium on Saturday.

Speaking on the occasion, TTD JEO Veerabrahmam said as in the name “Subhkruthnama Ugadi” that everything is going smoothly in this auspicious year with the blessings of Sri Padmavathi Srinivasa.

TTD Agama Advisor Dr. Vedantam Vishnubhattacharya rendered Panchanga Shravanam by giving the celestial equations and incidence probabilities across the country as well as the world to Subhakrutnama Samvatsara.

A costume contest on mythological and traditional characters, a quiz and a poetry contest for employees’ children were also organized and prizes were distributed to the winners.