Several approaches to integrating civilians into defense have emerged, ranging from teaching first aid to forming a quasi-militia within the confines of Taiwanese gun laws. However, most of these approaches have little or no official government support.

How should the government capitalize on this surge of enthusiasm?

Britain’s effective employment of civilian volunteers in the Home Guard and Air Raid Precautions (later known as the Civil Defense Service) during World War II can offer invaluable historical lessons to Taiwan regarding the challenges and the possible benefits of forming such organizations. The arguments in this article are based on research provided in historian Stephen Cullen’s book In Search of the Real Dad’s Army: The Home Guard and the Defense of the United Kingdom, 1940–1944.

The surprisingly rapid pace of the Wehrmacht’s advance into France, Belgium and the Netherlands provided the backdrop for the formation of the Home Guard. British military planners feared that German paratroopers, which had proven themselves as a powerful fighting force on the European continent, could potentially overrun the defenses of an already weakened British army.

On May 14, 1940, British Secretary of State for War Anthony Eden announced the formation of the Local Defense Volunteers, later known as the Home Guard; 250,000 men signed up within 24 hours of Eden’s announcement.

Initially, the ad hoc nature of such an organization meant that early volunteer units were ill-equipped and poorly trained. Moreover, the roles these volunteers would play in a possible invasion were not immediately obvious to military planners. There was an overlap with the roles already filled by the police, who were employed to protect vulnerable points against sabotage.

Nevertheless, military planners eventually decided that volunteers would observe and report possible enemy movements, guard locations of tactical or industrial importance, stand at anti-aircraft posts, and offer resistance to slow enemy advances. Moreover, at the beginning of the German bombing campaign – the Blitz – on Great Britain, the volunteers also participated in the capture of downed German airmen. The army also created special auxiliary units that could operate independently to target enemy logistics in rear occupied areas should an invasion take place.

The paranoia of the enemy fifth columns operating in Britain, combined with the lack of proper training and discipline, resulted in friendly fire being initiated by these armed volunteers. Such incidents demonstrate the importance of proper training, including identification of friend or foe, before deploying armed civilian volunteers.

Nevertheless, the deployment of Home Guard units freed up military service members for deployment in other offensive campaigns, such as North Africa. From 1941, the Home Guard’s one million members gradually took over the defense of Britain, also benefiting from better equipment and training.

Another challenge was the legality of such a civilian force during the war. German authorities threatened to treat captured Home Guard members as if they were francs-tireurs – irregular military formations deployed by France. The War Cabinet decided that those not involved in the Army or the Home Guard would not be allowed to use lethal weapons. The government had to distinguish between regular civilians and members of the Home Guard.

In 1942 the War Cabinet explicitly encouraged co-operation between the Home Guard and Air Raid Precautions. Eventually, many members of the Home Guard also served in civil defense duties. This cooperation was essential to limit civilian and infrastructure damage inflicted by German bombers.

Britain didn’t have much time to organize the Home Guard before the Blitz. Taiwan, on the other hand, still has precious time to organize and train civilian volunteers. If efforts begin only when conflict begins, there are likely to be significant obstacles to organizing and delivering arms and supplies to volunteers. After training, a “Taiwanese home guard” would also need a long time to mature with training.

More importantly, a potential Taiwanese National Guard should be institutionalized and legitimized to provide volunteers with the rights of legitimate combatants during a conflict.

This process would include the provision of standardized uniforms to volunteers.

If well organized, home guard units can boost national morale and the will to resist occupation. In the short term, it might be difficult to muster enough political will for such a drastic structural change, so the government should start small by first incorporating trained civilian volunteers from Kuma Academy and other civilian groups into Taiwan’s official civil defense apparatus.

Linus Chiou studies physics and history at the University of Virginia.

Comments will be moderated. Keep comments relevant to the article. Remarks containing abusive and obscene language, personal attacks of any kind or promotion will be removed and the user banned. The final decision will be at the discretion of the Taipei Times. 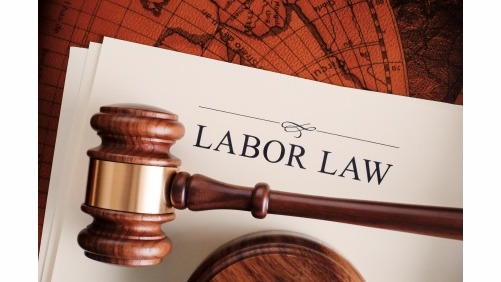 Review Your Exempt Employees: Compensation for Managers and Supervisors