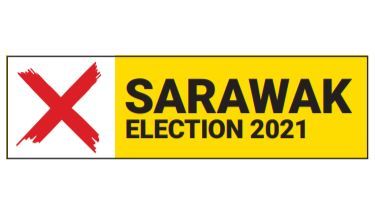 SIBU: A two-hour downpour at the start of voting here did not dampen voters’ enthusiasm or determination to exercise their rights.

Retired Ling Ping Sing said his son was driving him from their home in Jalan Ulu Lanang to the SJK (C) Chung Hua polling station when he suddenly started raining cats and dogs.

“We were already halfway to the polling station, but I asked my son to turn back,” he said.

When the rain subsided two hours later, Ling was again driven by her son to the polling station.

â€œRain or shine, I have always exercised my right to vote,â€ he said.

Although the rain was an inconvenience, she was nevertheless keen to vote.

â€œVoting on a rainy day causes great inconvenience to voters because they usually have to park their cars far from the polling station.

â€œStill, I made it to the slightly damp but fine polling station,â€ she added.

“I didn’t wait for the rain to stop before I came here to vote because the future of the next generation is more important to me,” she said after voting in SJK (C) Chung Hua .

The returning officer of the electoral commission for Bawang Assan’s seat, Suhaili Mohamed, was also surprised that the heavy rains did not deter people from going to SJK (C) Chung Hua, which had 4,900 voters.

â€œThe heavy rains started at 7:30 am sharp when the voting began. The turnout was good, â€he said.