February 21 each year is observed around the world as International Mother Language Day (IMLD). The day, Insha-Allah, is coming next week on Monday. The idea of ​​celebrating IMLD was initiated by Bangladesh. It was approved at the General Conference of UNESCO in 1999 and since 2000 has been observed worldwide. Believing in the exploration of cultural and linguistic diversity for world peace, UNESCO encourages nations to preserve cultural and linguistic differences in order to promote tolerance and respect for others.

The choice of “Using Technology for Multilingual Learning: Challenges and Opportunities” as the theme for IMLD 2022 may have been informed by the COVID-19 pandemic, which has compelled countries to deploy technology-based solutions to ensure learning continues while pupils and students stay at home. Schools were forced to close in many countries for most of 2020. Given the infrastructural realities of Nigeria where many learners and even their teachers lack the necessary technology and unhindered internet access, we will in this discourse examine the development or underdevelopment of indigenous languages ​​in Nigeria rather than to focus on how technology relates to the mother tongue in Nigeria. .

Nigeria, like all other multilingual and multicultural societies, needs mother tongues to survive. Languages ​​transmit and preserve the traditional knowledge and cultures of peoples. However, mother tongues with their implications for identity are increasingly under threat in some parts of the world, including Nigeria. Globalization is an influential factor. Available statistics show that at least 43% of the approximately 6,000 languages ​​spoken in the world are endangered today. When languages ​​disappear or disappear, the rich cultural diversities of the world also disappear. Unique modes of expression are also lost. The more languages ​​disappear, the more a nation’s linguistic diversity is threatened.

It is not enough that as a country, Nigeria is still developing its National Language Policy (NLP). What we currently have are pockets of policy statements on indigenous languages ​​in approved national policies for other sectors. For example, Section 20(d) of Nigeria’s National Education Policy states that “the language of instruction in primary school shall be the language of the immediate environment for the first three years in monolingual communities”. Similarly, Article 97 of the country’s 1999 constitution provides for the use of indigenous languages ​​in plenary sessions of public assemblies. The article reads in part: “The business of a House of Assembly shall be conducted in English, but the House may, in addition to English, conduct the business of the House in one or more other languages ​​spoken in the State, as the House may by resolution pass”.

Although the country’s NLP has yet to become an official document, there is little to no assurance that the policy would be of any use to indigenous languages ​​when it is finally approved. This is because we have not, as a people and as a government, been serious enough in implementing the policy directions that exist in other government policy documents.

For example, Nigeria’s education policy on the use of the mother tongue during the first three years of basic education exists only on paper even though the policy has been around for decades. The policy is far from being implemented. It is even as the late pedagogue and former Minister of Education of Nigeria, Professor Babs Fafunwa, asserted that science and mathematics can be better understood by children when taught in their mother tongue. The Nigerian which is likely to be replicated in other developing countries in Africa and Asia only supports the research finding that 40% of the world’s population does not have access to education in the language maternal that she speaks or understands.

The mother tongue makes it easier for children to learn other languages. It helps to strengthen a child’s personal, social and cultural identity. Using the mother tongue allows children to develop literacy skills. Also, skills learned in the mother tongue do not have to be re-taught when the child moves to a second language. Due to the friendly language environment, children learning in the native language in the lower elementary grades enjoy school more and learn faster.

Apart from the Lagos and Kano State Houses of Assembly where indigenous languages ​​are sometimes used in plenary sessions, the practice has yet to become a popular practice among state legislators across the country. What prevents a Niger State legislator from speaking, for example, in Nupe, Gwari or Hausa in plenary? Why does a Borno State legislator refuse to speak in the Kanuri or Shuwa dialect of the Arabic language in plenary? Why shouldn’t a legislator from Edo or Cross River State speak proudly in Etsako or Effik during sittings? This and other inactions by Nigerians are institutionally and individually accelerating, albeit sadly, the slaughter of their native languages.

Despite our shortcomings in the preservation and development of our mother tongues as evidenced by policy or implementation or shortcomings, the response of Nigerian families, especially in urban towns, to the imperatives of protecting their respective mother tongues is sadly abysmal. Isn’t it unfortunate that out of excessive obsession with the West or something more foolish than that, some English-speaking Nigerians adopt a language other than their mother tongue as the language of interaction between themselves and their immediate family members? ? The use of English or any other language in place of the mother tongue in a Nigerian home, especially by those who consider it a “civilization”, is absurd; a shameless display of cultural deficit. The fewer the number of native speakers of a language, the faster it dies

We call on the government to support institutional and individual efforts to develop and standardize the alphabet and spelling, which are still lacking in many native Nigerian languages. To ensure the survival of small indigenous languages ​​that remain vulnerable to the continued domination of major Nigerian languages, we urge the government to hasten to release a comprehensive NLP document that clearly articulates when, where and how to use indigenous languages ​​in addition to their equitable values ​​and rights. May Allah guide us against the eccentricities that will cause us to raise children who cannot speak or understand their mother tongue, amin. Happy Mother Tongue Day! 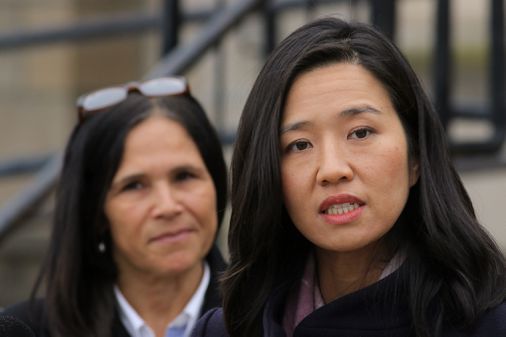 Boston had a turnstile of superintendents. Why can't BPS keep them?